‘She has it all’: Summit High senior wins Outstanding Youth award for ‘astounding’ community service 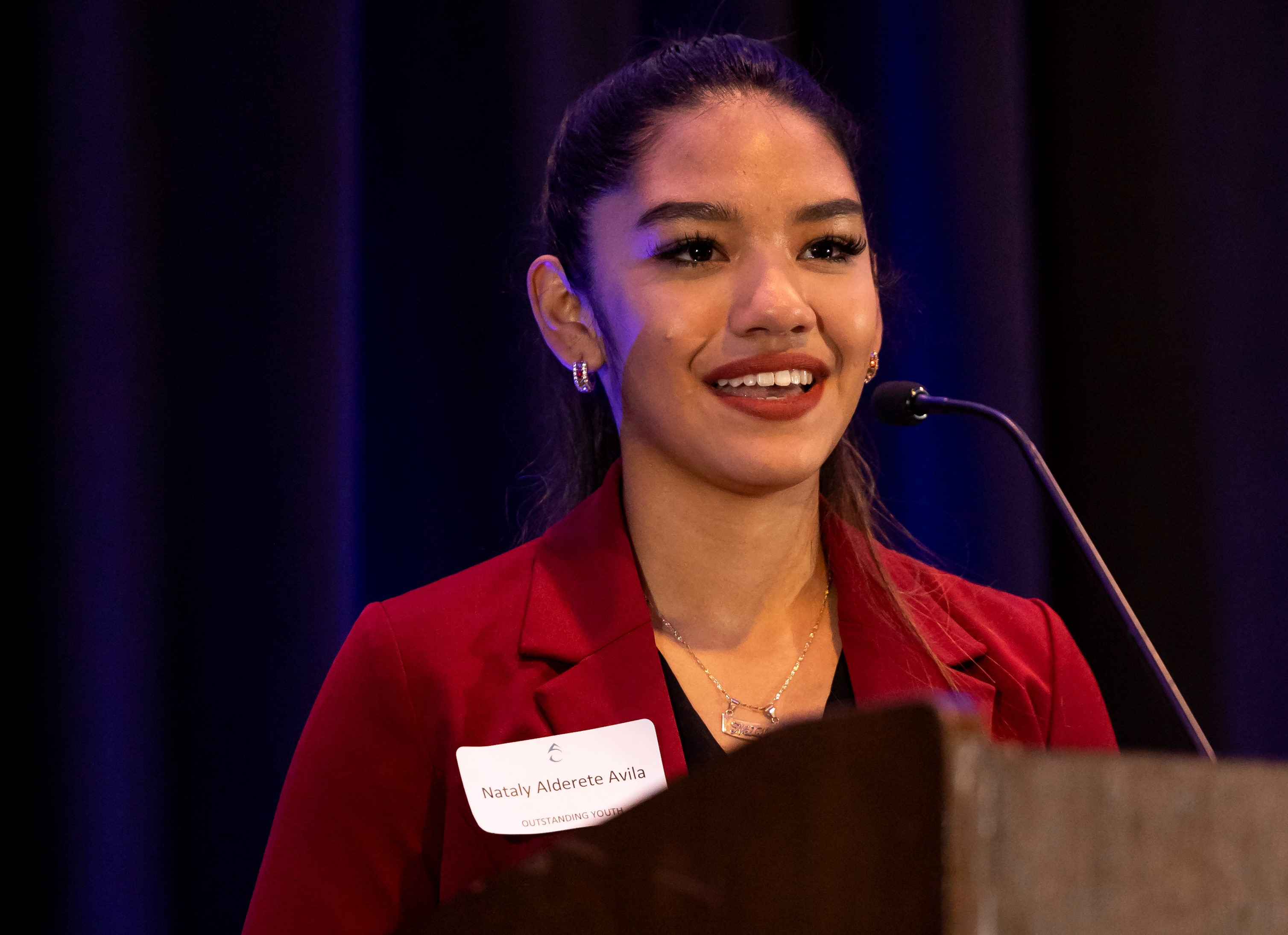 Nataly Alderete remembers traveling with her father to Mexico to visit her grandfather when she was 10 years old. While there, she met a young girl’s family who was staying with Nataly’s grandfather out of a need for housing.

Though the family had shelter, Nataly’s grandfather said they were still in need of clothes, food and supplies.

Nataly eventually returned and visited the girl’s family — bringing food, supplies and toys. Nataly said each month, she and her family would visit Mexico, and each time they would stop to check in.

Though Nataly hasn’t seen the girl in many years, her dedication to community service has only increased with time.

The first thing Nataly did when she found out about the award nomination was tell her parents.

“They were a great influence in my life and still are,” Nataly said. “They taught me to always be involved in the community.”

After telling her parents the news, she saw her father cry for the first time, she says.

“My parents were super proud of me,” Nataly added.

Jeanne Bistranin, the Executive Director of the Summit Foundation, said the outstanding youth award is meant to encourage younger folks of the community to continue giving back.

According to Bistranin, Nataly was the perfect candidate.

Nataly contributes her time to the community in three main ways. She volunteers with Smart Bellies and High Trails Education Center as well as translating for students at her high school. She is also an athlete on the girl’s high school rugby team and part of the precollegiate program at Summit High.

Hicks has only known Nataly for a short time. However, it didn’t take long for her to see Nataly’s passion for volunteering. At the beginning of 2022, when the pair met, Nataly had already volunteered 100 hours. When Hicks was about to sign her paperwork, she asked Nataly what the hours were for — she thought they might have been for National Honor Society or excellence programs.

“She was like ‘Yeah, the first, you know, 20 hours were, but not everything after that. It’s just because I liked doing it, and I enjoy it,’” Hicks recalled.

Now, by the fall of her senior year, Nataly has accumulated 130 hours of community service. Even when she was affected by a knee injury from a rugby game, Hicks said Nataly continued to volunteer.

“I think what impressed us was that Nataly’s just kind of a really well-rounded individual,” Bistranin said. “She has it all. She’s just one of those students that is just super impressive because she’s done so many things at such a young age.”

According to Hicks, Nataly’s influence has had a positive influence on other students. While Hicks said Nataly sets a great example for students to follow, she added that Nataly also shares positive experiences she’s had while volunteering.

From having fun, to meeting new people, to developing new social skills, Hicks said her words have inspired younger precollegiate students to volunteer their time in service of others. Hicks added that she hopes Nataly will bring that influence with her beyond high school.

Nataly dreams of becoming a clinical psychologist and is currently looking at Texas Tech for college.

“I just hope, as she moves through life, she is confident in herself and who she is,” Hicks said. “She’s a good person that does good things, and it will impact a community even as big as Texas Tech.”

Bistranin said the Summit Foundation has heard from previous outstanding youth award recipients that the recognition helped them feel supported by the community and also empowered them to continue giving after high school.

“I think that recognition from the Summit Foundation and from the community, it gives them a boost,” Bistranin said. “It’s kind of heartwarming — to say, ‘Hey, what I’m doing is really important and somebody noticed that.’”

It seems like Nataly has every intention of continuing her community service.

Together, we make a difference